“Education is wasted on our Youth.”

I am not so sure I agree.  It started with a Friday drive to Sun Valley.  We waited for everyone to show up.  Our departure time was 9:30, but turned into 10 o’clock. Somehow I knew life is lot more fun when all your friends show up.  “Together” we drove over the Teton Pass. The sun was shining and we had weather predictions for a bright sun-shiny future, exactly why I wanted our fall tour to be turned into a summer adventure.

Stopping at Heise Hot Springs was an oasis no one ever knew existed outside of Idaho Falls.  Lunch along the Snake River was pretty special.  Sitting on picnic tables to enjoy each other’s company was certainly a treat.  The little oasis had hot springs, a pool and a water slide – all the ingredients I needed for a future destination.  As our time was limited, together we decided to continue on.  Certainly the minds of many are better than those of a selected few.

Our arrival in Sun Valley was greeted by a feisty little woman named Betty.  She was, to say the least, the spice that added to a great meal.  She checked us in to a cheeky little hotel called the Lift Tower Lodge.  Thanks to her, she made sure we had every accommodation we needed.  Our cars were parked outside our hotel door, which made each and every one of us very happy.  Our little prize possessions were watched over like the blessed children we have come to know and love.

The weekend started with drinks outside our hotel rooms, followed by more drinks at the Il Naso Ristorante Italiano – a very well rated restaurant in the valley.  It didn’t take long for all of us to get to know one another.  The food was great and the wine was even better – the perfect combination to put everyone at ease. I think he was right when Roger Waters sang “The Wall” – when the walls are broken do we realize the true ability to coexist.

The next day was greeted by an 8:30 rising for breakfast.  “I’ll have the Macho Burrito please and an extra strength double shot mocha,” I yelled to the barista at the Java Joint – a locals’ special in downtown Ketchum.  It was exactly what I needed to give me that extra shot of energy, something I learned during those long, hung over college days.

From there we ventured to Red Fish Lake, just this side of Stanley, Idaho.  It was lakeside that Greg Wallace concluded our Poker Run that started at the Stage Coach Bar in Wilson.  Five cards selected on the way added to our entertainment.  I am not sure where Greg learned to play the game, but I can only imagine his expertise came from his youth.  With everyone turning in their hands, it was Jim Wunsch that came out the victor.  A pair of 9’s was difficult to beat, but when the stakes are high and the mind just a little foggy from the previous nights’ cocktails, anything goes.  The winner of the Augusta Green Jacket is passed on and deservedly so.  We hope Jim wears it well at the next Porsche event.

Some of us stayed on at Red Fish Lake.  I for one had a great time swimming and throwing the football with Mike Mielke, Kristy Welfl and their daughter Olivia. It brought me back to days long past that I had no better care in the world but to play catch with old friends.  To say the least, it made me very happy.  Others returned to Sun Valley to shop and peruse the area.

Greg Wallace and his girlfriend Elaine hosted a cocktail party later that afternoon poolside by Greg’s family’s condo.  The wine and cheese flowed, but better yet the conversation of getting to know each other improved with every minute.  It made me realize that it’s not time spent in the office that matters, but the friends you make along the way.

As the evening approached, Anne Fish’s special connections with the owners of Grumpy’s Restaurant made for a very relaxed time.  We ordered off the menu and sat outside on picnic tables stuffing our faces with burgers, fries and onion rings.  A leisurely dinner progressed to ice cream at a homemade store in downtown Ketchum.  The name of the store escapes me, but it was the entertainment that followed which added years to my life.

Mike Mielke’s purchase of fake “pooh” for his daughter Olivia was the perfect remedy for bringing me back to my youth.  Strategically placing the pooh along the sidewalk, hoping and waiting for someone to “mis-step,” was the next hours entertainment that put all of us into roars of laughter.  As each and every passerby approached, we waited in anguish for that one opportune moment of disgust to show up on a strangers face.  I am not sure it ever happened, but the joy of being 10 years old again can never be replaced.

The next day, we returned to Jackson.  Some of us left early to return home sooner than planned.  John and Michelle Kren, John Miller and Paula and Marty Quadland were the early risers that wanted to make it home at a reasonable hour.

The rest of us left at the crack of 10 AM.  Along the way, we decided to play musical cars.  We switched vehicles frequently as we stopped along the road side attractions, the highlight of course being Craters of the Moon.  I had my “new to me” 2007 Porsche 911 C4S Cabriolet, Rusty Brown had his 2011 Panamera 4S, Mike Meilke and Kristy Welfl had their 2004 911 Turbo Cab and Jim Wunsch had his 2001 Ferrari 360 Modena.

It is those skills that I will admit are invaluable.  Not only the ones I have learned as an adult, but those from my youth.  I may not know the square root of 69, or the atomic number of uranium, but I do know that joy should be experienced at every opportunity in life and that it’s not the destination, but the journey that makes it all worthwhile. 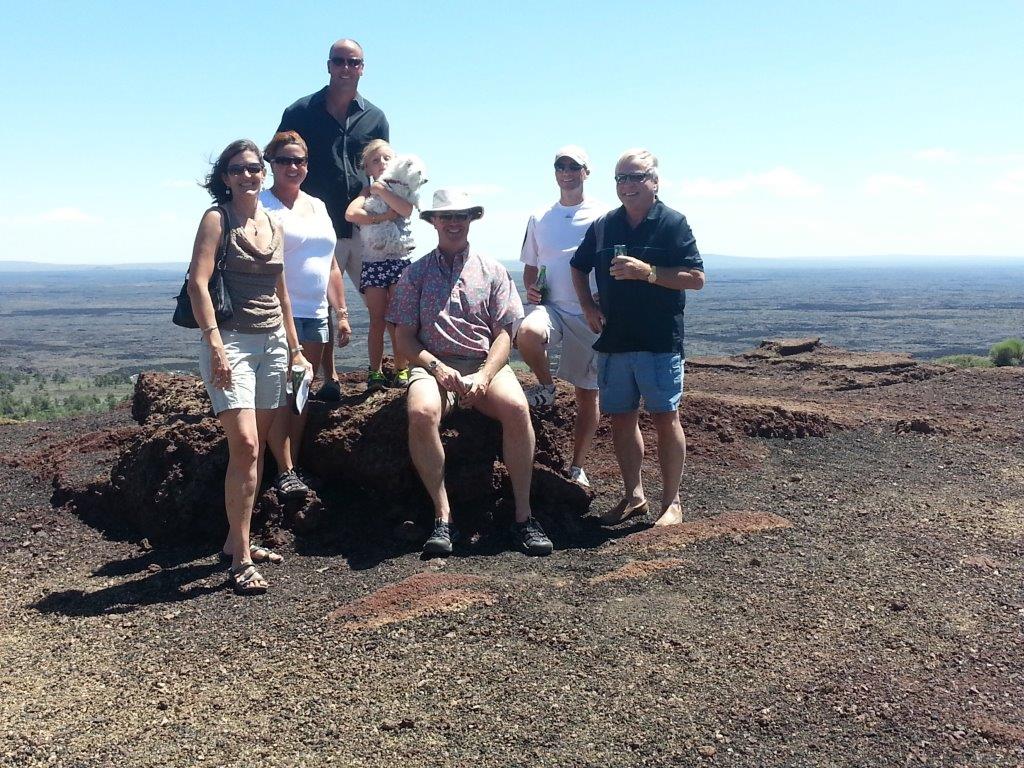