Top Tier Fuel… Is it worth the money?
By: Ken Koop – The Yellowstone Region (Old Faithful Newsletter) 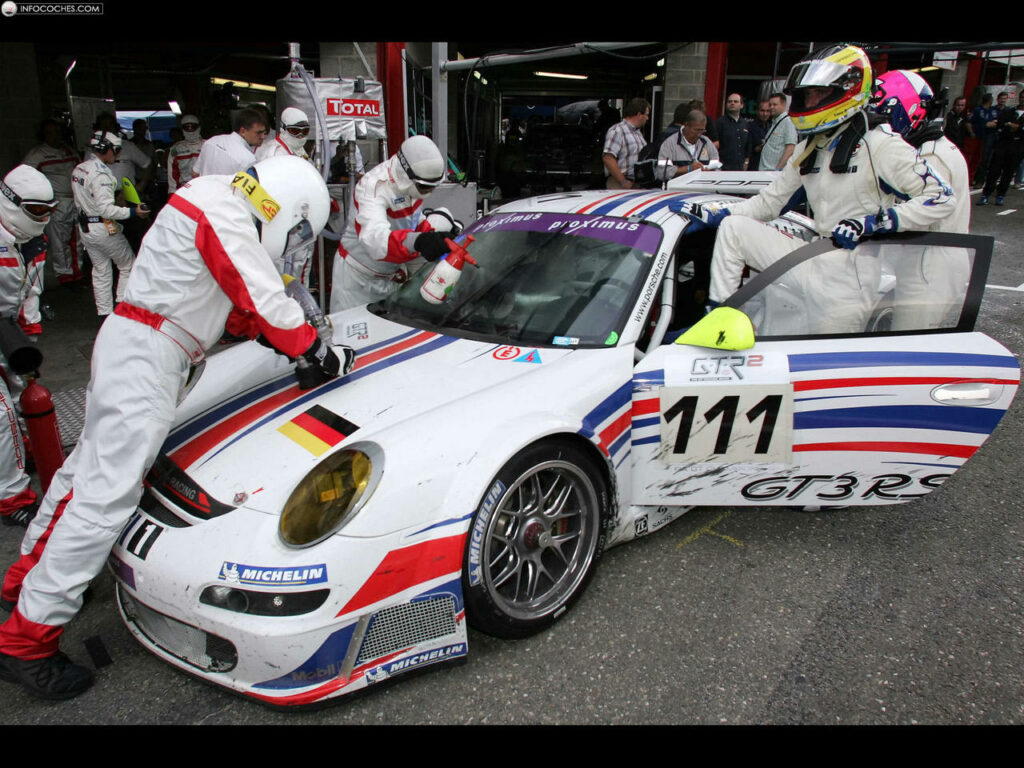 On a recent club driving tour, I was surprised to learn of the confusion regarding gasoline used by our members. Most of the members that I had discussions with thought that all fuels were about the same. They even asked why I would pay four cents per gallon more for branded gas. Let’s take a closer look at what makes fuels different.

To be able to answer these questions with more expertise and use indisputable facts in this article, I have done some research on the subject. I have spoken with several fuel engineers, the logistics departments, the marketing and the fuel research departments at both Shell and Chevron. I contacted both engine and emissions specialists at General Motors. And I have also researched many Internet web sites for information on this particular subject. Now let it be known, I am not a fuel engineer, but I did stay at a Holiday Inn last night…just kidding. First, let us get some of the questions that were being asked of me on the tour and during some private conversations (implying that I was not very smart for buying branded gas) out onto the table. I might add, that these questions were asked by more than one person and that signaled to me that maybe a few other members may also be unaware of the quality of fuels they are buying. Why don’t we take a look at all of these questions and you can be the judge whether Shell or Chevron fuels are worth the extra cost for your car. I will only concentrate on these two brands since they are the major branded fuel companies in our area. Other brands may meet the Top Tier fuel requirements but since I did not have the time to examine the practices or interview the engineers from the other companies, I will make no claims for them. Here are some of the most common questions and comments that were made.

Question 1 – Shell and Chevron do not even have refineries in our area. So how can we possibly get their gas and representative additives at our stations?

Answer 1 – Correct. Shell and Chevron do not have refineries in our area. Their fuels, along with generic gas (take 91 Octane for instance), all come out of the same “depots” which are located in Wyoming and Idaho (Pocatello for Chevron). As the fuel is being loaded onto the tanker truck, the Techron (for Chevron) and Shell’s proprietary additive package (for Shell V-Power) are injected into the fuel to give the ratio that Shell or Chevron requires. So the fuel you buy in Wyoming has the identical additive blend as the fuel that comes out of the Shell or Chevron refineries in California. The non-branded fuels are also injected with their specified fuel additives as they are loaded onto the tanker trucks, although they may not necessarily meet the Top Tier Detergent Standards set by major car manufacturers,. By the way, the injection of additives into the fuel as it is being loaded onto the tanker truck is a common industry practice across America.

Q 2 – The fuel is delivered in no-name gas tanker trucks to the branded gas stations. The tankers then go from the branded station to the generic station to deliver fuel. Therefore, all stations must get the same type of fuel.

A 2 – True. The fuel is delivered in tanker trucks that are not owned by Shell or Chevron. The tanker truck is owned by an independent contractor who is hired by Shell or Chevron or their branded marketers to deliver their fuels. Each tanker truck (which looks like one large tank) actually has two to four smaller tank compartments inside. Each tank can be loaded with a different fuel. A fully loaded tanker truck in our area holds 11,000 gallons of fuel in 5-6 separate tanks (because of the ability for the tractor truck to tow a second separate tanker trailer).The fuel delivered to Shell and Chevron stations contain only their branded fuels. When the tanker truck delivers fuel to a non-branded station, they deliver an entirely different blend of detergent fuels out of another tank. The fuel will not contain Techron or Shell’s V-Power package as an additive nor the same percentage of detergents.

Q 3- Shell and Chevron stations could put generic fuel into their tanks with no one ever knowing and then sell it for branded gas and keep the profit.

A 3 – Shell and Chevron put proprietary “markers” in their gas. The oil companies monitor their individual stations by sampling the fuel that is dispensed out of the gas station’s fuel nozzle. The fuel is then sent to a lab (typically an independent one) and analyzed for the respective company. If the marker is not present, this would indicate that the station does not have the branded gas that they are suppose to have and the station would then lose their franchise. The labs are able to detect very small changes to the fuel, so if another brand of fuel is mixed into the station’s fuel tank the lab would be able to detect it. Both Shell and Chevron are very protective of their fuels and the quality of product they deliver to their customer.

Q 4- Even if additives in the fuel are different, they are not worth the increased price.

A 4 – The EPA requires a minimum concentration level of detergent additives in gasoline. Shell Regular and Plus gasoline’s contain more than two times the cleaning agent required by the EPA. Shell V-Power has more than five times the amount required by the EPA. At that level, Shell V-Power actually cleans the engine as you drive, giving it the ability to clean up deposits that have already built up on intake valves and fuel injectors left behind by low detergent gasoline’s. Chevron gasoline’s contain concentrations of the Techron additive which remove deposits lower quality gasoline’s can leave behind as well. In addition, Chevron has the ability to remove deposits in all three grades of its gasoline. The generic brands generally contain the absolute minimum amount of detergent required by the EPA and therefore do not have the ability to clean the engine of deposits.

Q 5 – When I mentioned “Top Tier” fuel to most of our members, their answer was; what is Top Tier?

A 5 – “Top Tier” detergent gasoline helps keep engines cleaner than gasoline’s containing the minimum amount required by government regulations. This helps provide optimal fuel economy, performance and reduced emissions. Top Tier detergent standards were developed by BMW, GM, Honda and Toyota and were aimed at reversing the national trend toward lower gasoline additive concentrations. Both Shell and Chevron meet the standards of Top Tier in all of their grades of fuel with Chevron being the first fuel company to meet the Top Tier Requirements. Three other brands that pass the Top Tier Requirements in our area are Texaco, Conoco and Phillips. Generic brands generally do not meet Top Tier standards in any of their grades of fuels.

Q 6 – Are branded fuels really worth the extra money?

A 6 – If helping your fuel injectors to atomize the fuel to their fullest; keeping intake runners and valves clean so fuel does not adhere to the deposits and then drip into the cylinders; keeping performance to the maximum and emissions to the minimum by burning fuel more efficiently; then using a quality fuel should be important to you…but is it? Deposits on the inside of an engine are similar to plaque on the inside of an artery. It takes a long time for the deposits to become noticeable, but there will never the less be a continual decrease in performance whether it is in an automobile or in a human. With proper fuels in a car or drugs in a human, symptoms can be reversed.

Lastly, one word on octane: All of our cars are designed to run on a specified octane and is generally stated on the inside of the gas filler flap/door and owner’s manual. It is very important to use the fuels required. At our elevation (because of the lack of oxygen compared to sea level) the octane requirement is generally diminished (unless you have a turbo-charged engine). All of the newer Porsches have compensating mechanisms to retard the ignition timing of the engine if the octane requirements are not being met (at least up to a certain point). Older cars do not have this compensating mechanism. Newer as well as older cars will eventually develop detonation (which you may not even be aware of while driving), when the octane level drops low enough. This detonation can eventually lead to engine destruction. The most important thing to remember about octane is that having an octane level too high will not harm an engine…having an octane level too low can be catastrophic. Therefore do not try and save money by reducing the octane level of the fuel required. On a side note; putting a higher octane fuel in your car than is required might, but will not necessarily improve its performance.

A few interesting bits of information that you may be interested in. (1) Chevron has been supplying the gasoline that the Big Three Detroit Automakers use to accumulate mileage on their vehicles to demonstrate compliance with the US-EPA’s 50,000 and 100,000 mile emissions durability requirement test. Even though the closest supply point is 350 miles away in Louisville, KY, the Big Three pay to have the fuel trucked into Detroit. The Big Three must believe that by using Chevron fuels, they have their best chance to keep the vehicles performing to their optimum and passing the EPA’s requirements. (2) There are a number of Porsche racers and collectors who I personally know that add Techron (Chevron’s well known additive/detergent) to their race fuel. They add it to prevent their fuel injectors from clogging and to keep their fuel systems clean during prolonged periods of storage. They, as well as I, believe it is cheap insurance.

Putting this into context; our engines are more complex, higher performance and more expensive to maintain than the engines from BMW, GM, Honda and Toyota. If those manufacturers specify Top Tier fuels in their cars for performance reasons, it only seems logical to me, that running anything less in our cars is asking for problems. Everyone has heard the saying, “Pay me now, or pay me later”. The decision is yours to make. With the price of repairs and the cost of our car engines, I personally believe buying a premium Top-Tier Fuel is money well spent. 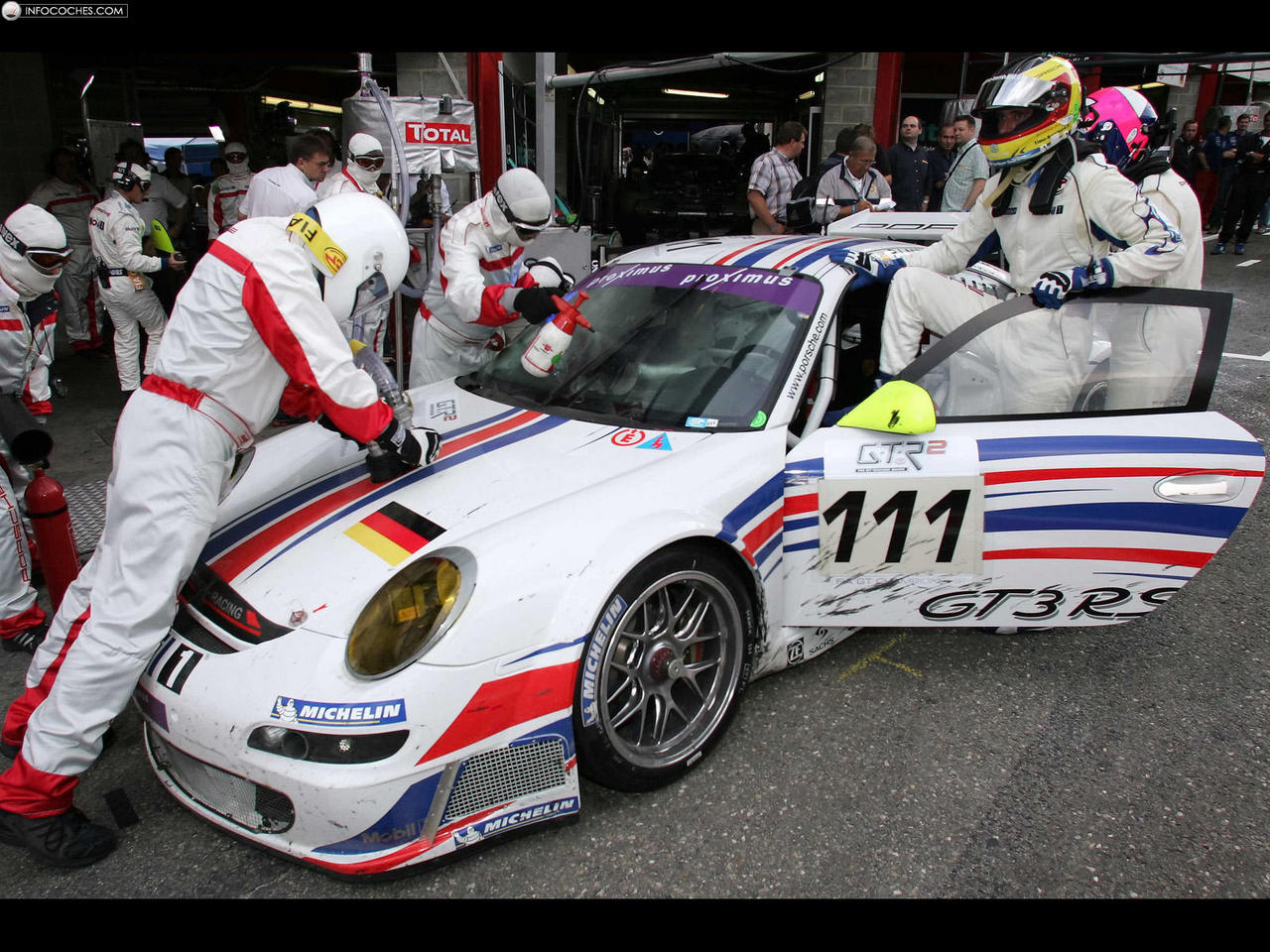 Remove and Repalce a Boxster or 996 Headlight